[9] In those days Jesus came from Nazareth of Galilee and was baptized by John in the Jordan. [10] And when he came up out of the water, immediately he saw the heavens opening and the Spirit descending on him like a dove. [11] And a voice came from heaven, "You are my beloved Son; with you I am well pleased."
[12] The Spirit immediately drove him out into the wilderness. [13] And he was in the wilderness forty days, being tempted by Satan. And he was with the wild animals, and the angels were ministering to him.
[14] Now after John was arrested, Jesus came into Galilee, proclaiming the gospel of God, [15] and saying, "The time is fulfilled, and the kingdom of God is at hand; repent and believe in the gospel." Mark 1:9-15 (ESV)

I like how you spoke of repentance being belief. And how believing was repenting.

Seperating repentance from the understanding of something that we do or fix.

And that Jesus brings the Kindom to us...not us to the Kingdom.

"And In truth Repentance is impossible for us, as is faith. That is why we need the Holy Spirit to work it in us. It is a gift, repentance and faith, Ephesians 2:8-9."

My most prayed prayer...I know this is wrong...but, I'm not sorry...Holy Spirit, give me repentance.

I call this confession without repentance. 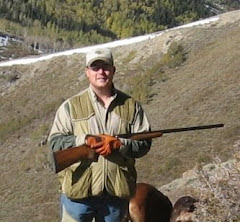